Find a RealtorAdd to FavoritesRemove from Favorites

San Antonio, Texas, is popular city for tourism due to its rich history as well as extensive natural parks and multiple amusement parks. The second most populated city in Texas, San Antonio, was named for Saint Anthony, which in Spanish is San Antonio. San Antonio, sometimes referred to as the “Alamo City,” draws attention for being the site of “The Alamo,” the site of ancient Spanish mission, and the famous River Walk. The River Walk is a lengthy landscaped trail, which bicyclists, hikers, tourists, and residents alike enjoy on a daily basis. San Antonio’s lively and energetic downtown makes it a great place to live for people of all ages, as it features many cultural centers, the San Fernando Cathedral, the Spanish Governors Palace, Japanese Tea Gardens, multiple theaters, parks, bicycle lanes, unique restaurants, bars, and more. Additionally, San Antonio is home to several amusement and water parks including Six Flags Fiesta, Splashtown, Sea World San Antonio, and Morgan’s Wonderland, as well as many well-known universities including University of Texas at San Antonio and Texas A&M University – San Antonio. Alamo Heights is one of the best neighborhoods to live in San Antonio, for its architecture, upscale restaurants and shops, and museums; young professionals and singles may find this neighborhood perfect for them. The Brackenridge Park neighborhood, home to America’s oldest child’s theme park, “Kiddie Park,” is a beautiful family-friendly area for its cultural variety, and many scenic location such as the stunning Japanese Tea Garden, Botanical Gardens, and the San Antonio Zoo. San Antonio Texas, “Alamo City,” can be the perfect home for young professionals and families due to its variety of activities, events, gardens, parks and picturesque landscape! Click the tabs to learn more about what it’s like to retire in San Antonio!

Nearest City with Population of 200k+:

Still not sure if San Antonio is the best city to retire? Ask the community a question

eRetirements has partnered with a network of over 12,500 top performing Realtors covering 91% of the United States. These Realtors will show you around town, assist you in viewing properties, and provide you with local info that would be nearly impossible to discover on your own. 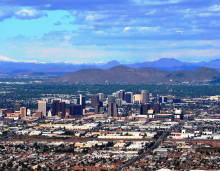